Discussion of topics related to licensed games, software hacking/modification, prototypes, and development kits belongs here. Includes topics related to emulating the Dreamcast console on your computer or on another gaming console. Discussion of Reicast should go in the Official Reicast Forum.
Post Reply
11 posts • Page 1 of 1 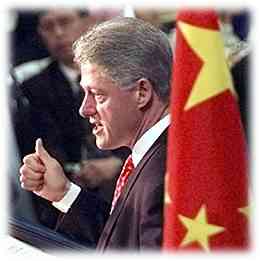 PAL is 25FPS while NTSC is 30FPS. Most PAL games work on NTSC televisions. I know that Soul Calibur Euro works on my TV, but I have to set the game to run on my TV.
Top

SYSTEMatic wrote:PAL is 25FPS while NTSC is 30FPS. Most PAL games work on NTSC televisions. I know that Soul Calibur Euro works on my TV, but I have to set the game to run on my TV.

i got that too, my screen goes all crazy and i hit buttons and it loads it 60hz then, lol.
Top

SYSTEMatic wrote:PAL is 25FPS while NTSC is 30FPS. Most PAL games work on NTSC televisions. I know that Soul Calibur Euro works on my TV, but I have to set the game to run on my TV.

i got that too, my screen goes all crazy and i hit buttons and it loads it 60hz then, lol.

I can read it.

Well, it is said that PAL is better for broadcast, because NTSC has troubles with colour variance. PAL's phase alternation fixes this apparently.
Top

Allmost all televisions from the past 6 years can play games in 60Hz, you won't notice any difference then with NTSC. Every PAL DC game has a 50~60Hz switch build in the software. I still remember DOA2 on the PS2, I played that game for over a year on my PAL DC.....60Hz no problem. Looked & played great. The PS2 version was only playable in 50Hz, everything that I loved about that game was gone.

In the past PAL was inferior to NTSC, but right now you won't even notice the difference (I have 2 PAL DC's on one PAL TV and 1 NTSC DC on a, you guessed it, NTSC TV).
Top

I believe PAL was a standard designed from the ground up, while NTSC had to acommodate black-and-white compatibility, because of the huge number of TVs already installed in the U.S.

I also recall that PAL has a slightly higher resolution. But those differences pretty much cancel out, and they are comparable standards.

PAL was developed in Europe, and NTSC in the U.S.

PAL is used in Europe, Some places in the Middle East, Australia and South America.
"Until I finally made it, life was kinda hit or miss...
And I'd love to talk philosophy, but I gotta take a piss"
-David Lee Roth
Top

PAL is of a higher visual quality, and standard NTSC has a higher framerate. However most Euro Dreamcasts games allowed for PAL 60Hz, the ultimate in terms of picture.
Sick of sub-par Dreamcast web browsers that fail to impress? Visit Psilocybin Dreams!
Top

Veggita2099 wrote:Does that mean PAL is inferior then? I would think a lower Framerate would be bad??

With video-based source material, there are two predominant worldwide formats; PAL and NTSC, which differ in both resolution and in frame rate. PAL is higher in resolution (576 horizontal lines) than NTSC (480 horizontal lines), but NTSC updates the on-screen image more frequently than PAL (30 times per second versus 25 times per second). What does this mean in practice? NTSC video is lower in resolution than PAL video, but because the screen updates more frequently, motion is rendered better in NTSC video than it is in PAL video. There is less jerkiness visible. When video source material is transferred to DVD, it is usually transferred in the format it was created in - PAL or NTSC, and the subsequent image has either higher temporal resolution (more frames per second - NTSC) or higher spatial resolution (more lines per image - PAL).
Top

As for the colour stuff - NTSC was designed as black-and-white originally, with just the luma (brightness) signal. It was then extended with a chroma (colour) signal, so that older TVs ignored the colour information.

For older European systems (at least in the UK), they used to use a black-and-white system with similar resolution to NTSC, refreshing at 50Hz (25 FPS). This was modified in the same way as NTSC, but it was rubbish. Later on, the PAL system was developed, designed with colour signals in mind from the word go. In France, they used to use SECAM, which I think was PAL with NTSC colour encoding, but they switched over to PAL recently, or so I was told.