Talk about anything and everything not related to this site or the Dreamcast, such as news stories, political discussion, or anything else. If there's not a forum for it, it belongs in here. Also, be warned that personal insults, threats, and spamming will not be tolerated.
Post Reply
21 posts

I have noticed this since day one, and it has always bothered me. Why the hell does the 360 have sub-Sonic Adventure 1/N64 era mip mapping issues? What the hell is up with that?

Let's examine this screenshot of Call of Duty 2: 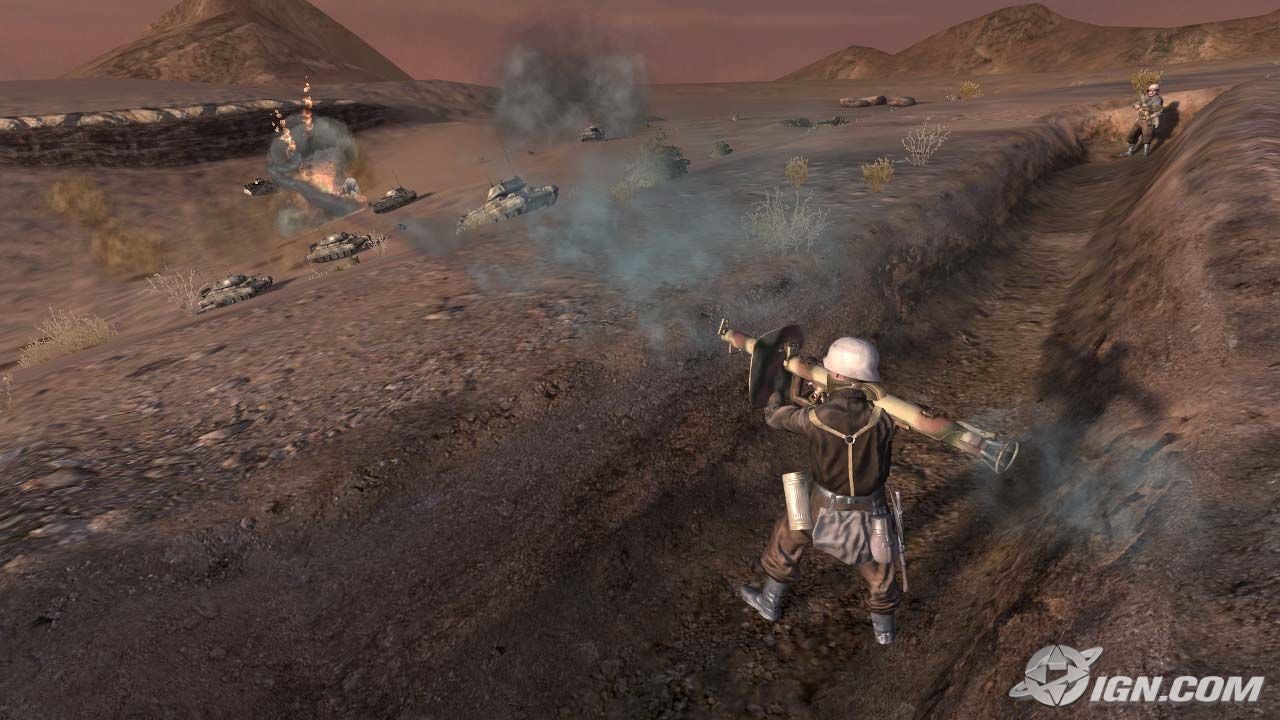 You will clearly notice that in the distance--not very far distance the textures are so damn distorted that they look almost nonexistant.

Now look at even Oblivion: 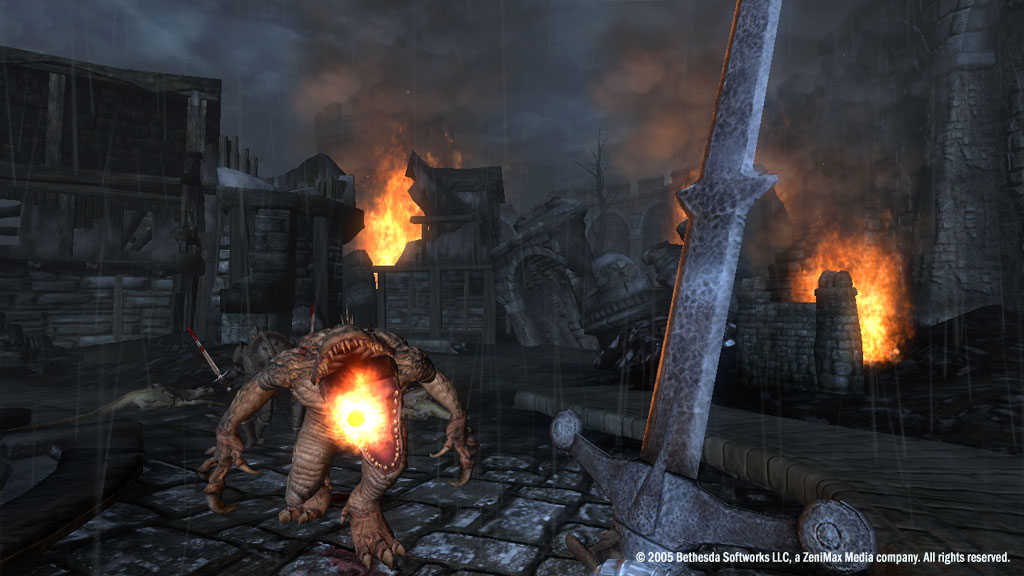 I'm scared--oh wait, wtf is wrong with the ground?

What the hell? My friend's 4 year old PC has better looking textures than that.

CoD2 ESPECIALLY is annoying as hell. If I'm in a hallway or something, I can literally see a line dividing what looks like an area without texturing from the texture on the walls and floor that moves as I move.

What happened to anisotropic filtering? I would have expected more than Hyrule Field coming from the Xbox 360. I don't think these mip mapping issues are completely the developer's fault either, as multiple games are showing this.

These screenshots really don't show what I'm talking about. You have to see it and the lines that textures appear behind. It kinda makes me look back and think that Sonic Adventure 1 had great mip mapping.

Has anybody else noticed this? Anybody have an explanation? Comments?

Maybe it's a PC port type deal? Oblivion and Call of Duty 2 both originated on the PC and those are the only 360 games that I have really had the opportunity to play in-depth.
Elysian Shadows - "Next-Gen" 2D/3D RPG coming to Sega Dreamcast, Steam, OUYA, and Smartphones

I haven't seen anything like it with Perfect Dark.

Wow, that didn't look too ridiculous at first, then I looked again and saw "the line". Holy crap. Has this been confirmed in the actual video output of the system? I think it's at least somewhat plausible that this could be introduced by the capture method for these screenshots (e.g. if they're captured before pixel shaders or some other postprocessing stage)...
"You know, I have a great, wonderful, really original method of teaching antitrust law, and it kept 80 percent of the students awake. They learned things. It was fabulous." -- Justice Stephen Breyer
Top

A lot of games are doing that kind of thing. BF2 and GRAW do that with textures and stuff on the ground. It's very annoying to see stuff magically render 5ft ahead of you and then the textures become sharp 15ft. You aren't fooling anyone. Course it might just be the fact I've got a 24" widescreen display making things more obvious to me.

It looks like standard isotropic mip mapping to me. It becomes far more noticeable once you start doing stuff like normal mapping, and when you start bumping the resolution up.

It is surprising that they aren't using anisotropic filtering, or even trilnear filtering, yet Microsoft insist on every game using anti-aliasing.
Top

and that CoD screenie looks awefull

and that CoD screenie looks awefull

More like a souped up hardware accelerated Delta Force 1

It's a shame that this annoying problem hasn't been banned from the console gaming world. I can accept it in Sonic Adventure 1 which is dated from '98, but in 2006 I expect games not to have these artifacts as I like to call them
You feel at ease as you flock with the masses,
What do you see with your heads in their asses?
Keep on railing at what I believe,
Call me insane and I am proud to be.

I haven't noticed this problem in Perfect Dark Zero, PGR3 or Burnout Revenge. I have noticed it in G.R.A.W., however, which leads me to believe it's some sort of PC conversion problem.
Very sexy hero, omg
Top

Notice it in all the games and it annoys the hell out of me too. What's the point of only making the first 3 ft infront of you pretty when you can see about 50ft down?

Hrm. It's easy to imagine they'd need to "cheat" like this to save resources, what with all the exponentially larger textures and bigger geometric areas inherent to making a decent HD image. To be honest, I'm not sure this stuff is really at a level of price-point & refinement to be quite ready for general consumer tech. just yet. $500 game consoles?!

...I'm increasingly convinced that, as stupid as the name is, the Wii really is an embodiment of the right tactics this "generation." Furthermore, it's really sad that MS pushed the generation change at all. There's still some damn fine software coming out for PS2/GameCube, and I'd be more than happy to have more games for my current systems for another couple years until HD-ready stuff is cheap.
Top

As for the mip mapping. Psh Graphics are everything fuck gameplay.

is that monster missing a shadow as well ?
Top

Wagh wrote:As for the mip mapping. Psh Graphics are everything fudge gameplay.

Having both sure would be nice.
Top

The fires in the background of that scene (pretty sure its the siege of Kvatch) arent dynamic lighting, theyre just animated static props.

That scenes actually at night, so there isnt any light to cast shadows from.

Oblivion has some pretty nice lighting, other than people shadows appearing through walls and stuff indoors...

That happens a lot with the "Wii" posts too.

"Nintendo changed the name of the Revolution to Wii? I'm definitely buying a PS3 now!!"

They also like to forget that Revolution was a code-name and was never the actual name of the system... and was never going to be.

...Is it really that obvious? I guess it's just something on my mind right now, what with E3 next week and all. I just never really "got" the Xbox product line (except for modding purposes, which of course don't apply to the current incarnation), and I'm trying to understand what the draw is. The 360 is an undeniably hot item, and I'm just trying to figure out what it is that people see in it that makes it worth $500. I only own four things that I've paid more than $500 for: my car, my computer, my TV (because I'm both a game and movie buff), and my multitrack recorder (because I'm an active musician, and have need of such things). I just couldn't fathom spending that kind of cash on a game console.

Sorry about the hijack

Back on topic, though, it seems far less noticeable in the Oblivion shot than in the other. Is that just the nature of that particular screenshot, or is it less apparent in the game? (I actually had to look for the line).
Top

Theres a pretty noticable draw-in 'circle' around you, especially when moving quickly on horseback in 360 Oblivion - but IMO having LOD 'pop-up' is better than having object / terrain 'pop-up' which you don't get.

The central tower of the Imperial City is pretty much visible from anywhere in the gameworld - Shadow of the Collossus does this effect quite well too, but the terrain detail for SOC has a lot less going on than in Oblivion.