REEB - Can I draw on your face?

Talk about anything and everything not related to this site or the Dreamcast, such as news stories, political discussion, or anything else. If there's not a forum for it, it belongs in here. Also, be warned that personal insults, threats, and spamming will not be tolerated.
Post Reply
6 posts • Page 1 of 1

REEB - Can I draw on your face?

Three Canadians find out that their pet beaver is the head of a secret organization devoted to stopping global warming - by defeating the reptiles advancing it.

Waaaaaaaaay back I was making a DC Homebrew Game -- some of you may remember it. Some of you may also remember that I had a HDD crash and realized I hadn't backed anything up.

Anyway, instead of re-coding the damn thing, it got turned into a comic, which I had put online, which I updated pretty regularly for a while until food and rent got in the way. So rather than the 5 Issue (plus Prologue and Epilogue) arc that was planned, only 3 Issues and the prologue were completed.

It's been bugging me for a while, so the other day I decided to try funding it on IndieGoGo. If you'd take a look, tell your friends, or help fund this I'd be super appreciative. There are perks! I could even finally remove my Santa hat if you'd like.


For centuries, a battle has raged -- a battle that no one sees, that no one knows about. The Animal Factions War.

A semblance of peace has grown in the years since my great-grandfather, Molson the Old, defeated the villainous ectotherms, and captured their commander, the dreaded alligator, C. Yewlator. However, the time comes once again for the warm-blooded animals of the world to unite, as the great-grandnephew of C. Yewlator, Afta R. Whyle, has rekindled the flames of war. His attempt to increase the speed of global warming, thereby making the world a more habitable place for the cold-blooded, is accelerating...

You don't call, you don't write, you just stay away for 3.5 years and come back for this?

|darc| wrote:You don't call, you don't write, you just stay away for 3.5 years and come back for this?

Pack your bags, we're going on a guilt trip!

In all seriousness though, you're right. Sorry about that. To be honest, I didn't think these forums existed any more. I thought they were shuttered when that Facebook group (which also died a sudden death at some point) was created. Thought I'd try digging up the forums on the off-chance they weren't closed when I decided to start up that campaign, because it occurred to me that some people around these parts may be interested. That, and I'd really like to get those last couple of issues done (but one step at a time).

/me pulls up a chair

So, what have I missed?

This is now the official Canadian thread. 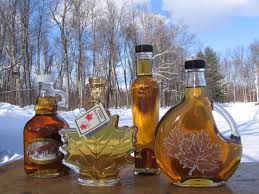 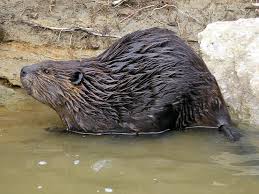