Volgarr the Viking for Dreamcast

This forum is for discussion pertaining to homebrew and indie software for the Dreamcast, such as homebrew games, emulators/interpreters, and other homebrew software/applications. Porting requests and developmental ideas are not to be made here; you can make those here. If you need any help burning discs for homebrew software, this is the place to ask as well.
Post Reply
9 posts • Page 1 of 1

Volgarr the Viking for Dreamcast

I'll get straight to the point - I was talking to one of the team members who developed Volgarr, and he had mentioned that the were playing around with porting the game to various platforms, including the Dreamcast. I MAY have begged and pleaded for that to happen, and after a... while, he had a couple of files for me.


Hey man, sorry to leave you hanging so long.

So the problem is that my programmer buddy, who unfortunately lives far away from me in a different state, told me everything was ready to go a while back, but I couldn't get it to work myself. The Dreamcast I have access too is dying and can't really read discs any more, and I had no luck getting an emulator to work with it. I finally decided that its better to release based on my buddy's word than let all his work on it go to waste.

Therefore, I'm releasing this port with a notice that we (Crazy Viking Studios) don't officially support this version of the game since it was made by someone else (with our permission), but as a totally free, and freely-re-distributable, copy of the game, with no guarantees that it will work or that it is of sufficient quality. No prior proof of purchase required either. Since we aren't, as a company, really endorsing this version, we can't really publicly advertise it or anything, but we're fine with it being spread around the internet by Dreamcast enthusiasts to play if they want (assuming anyone actually gets it to work like the programmer guy says it should).


EDIT:
Segata Sanshiro was kind enough to host the files. So without further ado: 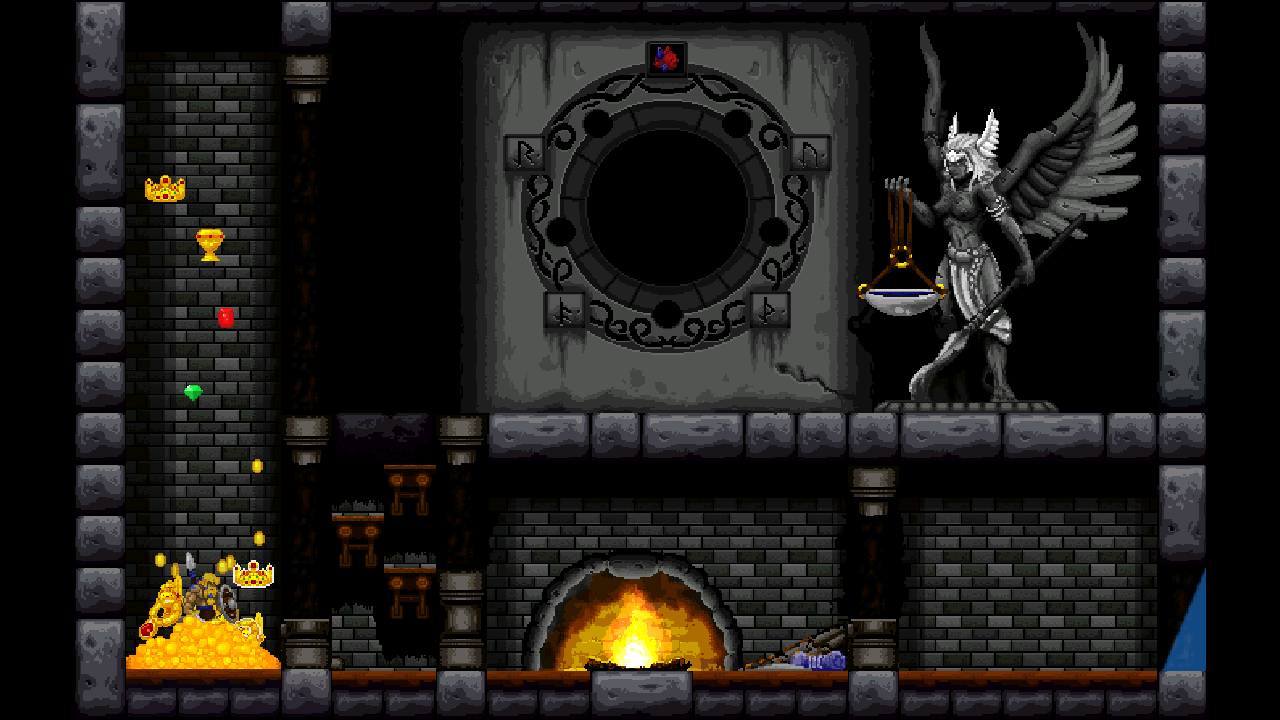 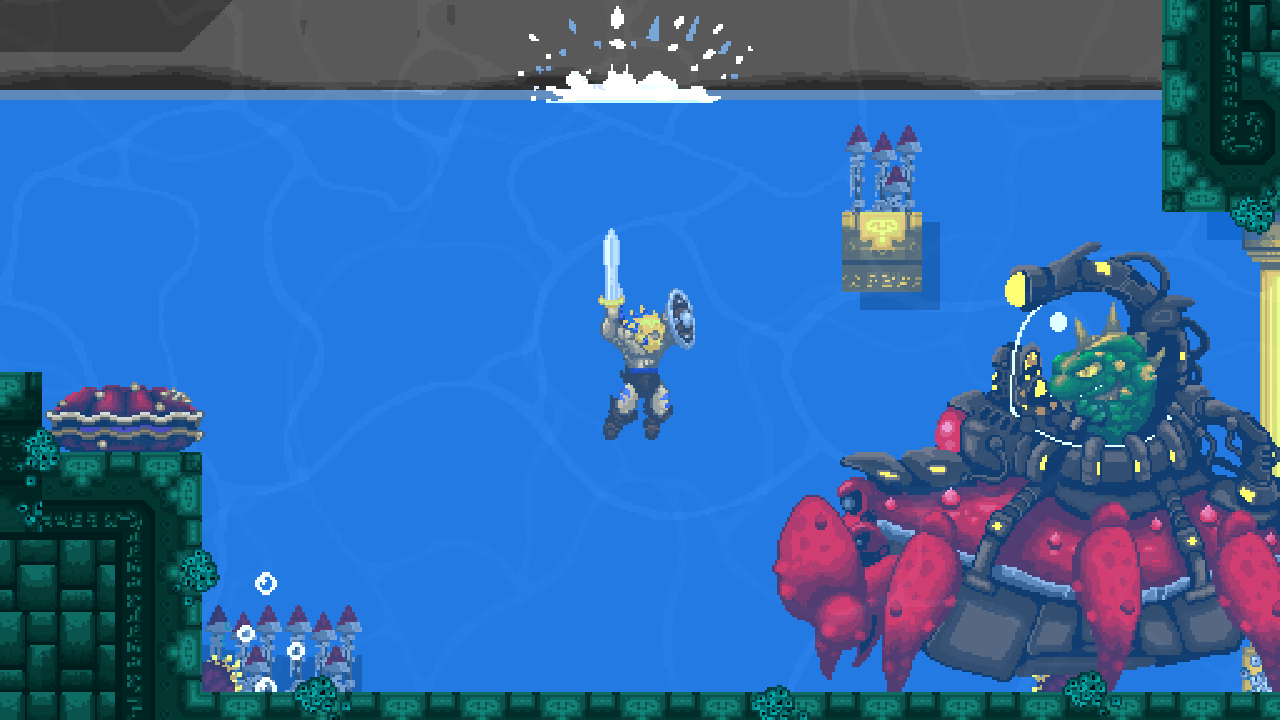 Wow, really exciting news!! I hope to get it working (and if you need any help, please post here freely)

Yep, as if it states the author to be freely re-distributable, we can host it in our servers (dreamcast.es) without mayor problem. In fact, if it works, pretty sure it will be refilled in all the Dreamcasts sites!!

I'll copy and paste what I said over at Dreamcast-Talk:

Was able to burn the CDI file without issue. Disc boots to the intro screen for Crazy Viking Studios, then to the main title screen. You can hit Start for options, or simply walk right to start the game.

I've only been able to play for about an hour or so - I won't be able to do too much more until this weekend. My TV didn't like the output of my Dreamcast too much - it would bounce to an offset 16:9 even though I had it set at 4:3. On a monitor I had no issues. I had no problems with music cutting out, or controls being wonky. VMU says Volgarr the Viking when the game is loaded. Nice touch.

Gameplay is smooth. Scrolling is really nice, and didn't seem jerky at all. Having said that, I'm finding out that my game skills are VERY rusty - this game is difficult. I never made it past the first level. Sorry! I will less lame this weekend. I basically want to see if the game goes to the next few levels without crashing.
Top

If we can get confirmation that the game is free to distribute, I'm sure we can host a local copy here. If someone wouldn't mind taking screenshots (I don't have a DC emulator set up on my computer, and I only have CRT TVs so off-screen photos don't work too well), I'd be happy to write a news post about this for the main page.
Top

Outside of quoting the PM, I don't know how else to verify that Crazy Viking doesn't mind the re-distribution of the software. They don't exactly endorse it, because it's not an official release.


Yeah I would want the word to spread so the effort my buddy put into it wasn't wasted, but in order to make sure it stays "officially un-supported" I can't really advertise it publicly myself. I'm not concerned about lost sales or anything, the audience that would A) like Volgarr + B) would want to play it on Dreamcast specifically + C) have a Dreamcast that can play burned discs + D) are willing to take the time to actually burn it to a disc to play it is not going to be large enough to hurt our sales (and quite possibly our sales could increase from more people hearing about the game or DC players that like it enough wanting to also get it for other platforms later). I mean, lots of people have already got the game for free (from XB1 "Games with Gold") or stupidly cheap (for less than a dollar from a Humble Bundle sale) anyway and we still get steady sales.

That said, I would appreciate it if you confirmed that it actually works for you before you tell others about it. I wouldn't want you to go around telling the world about it only to have everyone find out it always crashes after 5 minutes anyway. I especially hope the "latest" version does actually work since the "stable" version has the known bug of the music no longer working after you die which, in a game where one dies often, is kinda disappointing.

But yeah, if you do confirm it works fine for you, go nuts, tell everyone!

You have a PM, DaMadFiddler.
Top

I tried it. This game rocks!
Thanks for that!

I hope you'll port more games on Dreamcast because your 'buddy' is really gifted.
Top

It's a very good, hard game. I have it on PC and really dig this port.
Top

Time for a necro post. I just found out about this and flipped out. Thanks to the devs for letting this happen. It's good to be a Dreamcast fan.
Top
Post Reply
9 posts • Page 1 of 1