Discuss modifications you have done or plan to do to your Dreamcast or any other hardware, or discuss devices you want to build. If your console does not work or is acting up, ask about fixing it in here.
Post Reply
22 posts

hi everybody! i've opened this topic to show you a cool mod i did some months ago, everything started just as a random experiment, but the result was better than expected!

i was having fun recovering smd-leds and reflecting layers from the broken lcd of my big brother's mp4 (cowon i9, smashed after 2 weeks), then i had an idea, slap them in a vmu and see whats happens.

this was the first test:

to do that, i've carefully removed the silver layer in the back of the lcd wich is needed to reflect ambient light on the vmu's screen, so you can see in it. i had to remove it because it denies the light go through itstelf. Without it, the vmu screen is totally transparent like glass (just slightly bueish)!

so, i've cutted the reflecting layers to fit perfectly behind the vmu's screen, and added smd-leds:

in this early attempt, leds were wired again to the original source in the mp4 player, that's how it looked in the first photo i linked, it was really promising!

then, when i had figured out the correct voltage and current, i've soldered leds in parallel inside the vmu, and soldered them to pin 14 (3,5V) and pin 8(gnd) i've added a 180ohm resistor to lower voltage to 3V.

then, the first attempt where power was supplied by the controller itself:

accidentally the led in the middle was soldered bad, and it didn't light up, but it's fine now.

here an other shot while the controller was disassembled

before the mod, i tought it would looked greysh and faded, but it's a lovable solid blue!

this is the original discussion on sega-16
http://www.sega-16.com/forum/showthread.php?t=11105
on pag.2 i've made a little tutorial too!

i'm sorry for my "engrish" i'm italian, my english is lacking

Looks really great. Wish I had a printer to scrap.
Top

i am very tempted to do this.
*The Cadillac of signatures*
Top

i'm glad you liked it!

i've modded an other one for a friend, i've made some others photo and a short video, so i can make a step-by-step guide :p
Top

I have a old fat NDS that does not work anymore, I'll try to take the backlight from it...

This is the best mod I have seen for a long time. Well done.
240 MHZ Dreamcast mod done. Paint jobs here http://t3rminator.deviantart.com/
Top

Yfrid wrote:i'm glad you liked it!

i've modded an other one for a friend, i've made some others photo and a short video, so i can make a step-by-step guide :p

You do that and I will post it up on DevCast.

miggi03 wrote:This is the best mod I have seen for a long time. Well done.

QFT! I guess I'll even buy more VMUs just to try this out.
You're a genius Yfrid!
Top

This is really cool.
It's thinking...
Top

Sega should have designed it like this right from the start. It's a pain to use the VMU as a status display for games like RE CODE Veronica due to the lack of a backlight in it.

I just remembered that I've got a broken MP3 player around. Its display is around 1/3 of the height of the VMU's display, so, would it work?

But honestly, what I'd really like to do is to remove the LCD display from the VMU entirely and place it directly into the DC's controller, while keeping both VMU slots available; this way there would be no loss of LCD functionality in DC games when using VMUs that have no LCD display.
Ph'nglui mglw'nafh mankrip Hell's end wgah'nagl fhtagn.
==-=-=-=-=-=-=-=-=-=-==
Dev blog / Twitter / YouTube

One problem, though, is that the VMU only lasts about 10 minutes on a battery, and if Sega had put in a backlight, it'd probably have only lasted 5 minutes.
It's thinking...
Top

Then we just would've placed 3 or 4 battries instead of 2?

That would have made it thicker and batteries more expensive.
It's thinking...
Top

Fine, I can handle this!

The Backlight would be optional on battery and for the console the backlight option would be toggled on or off from the Dreamcast System Settings. Also you've generally underestimated the battery life, I've used it and I left it on for days and it lasted pretty well, frankly we all enjoy the beep to much to change the battries.

p.s. most people forget that around this time the GBA didn't even have a backlight and VMU came out in the days of GBC.

cube_b3 wrote: p.s. most people forget that around this time the GBA didn't even have a backlight and VMU came out in the days of GBC. 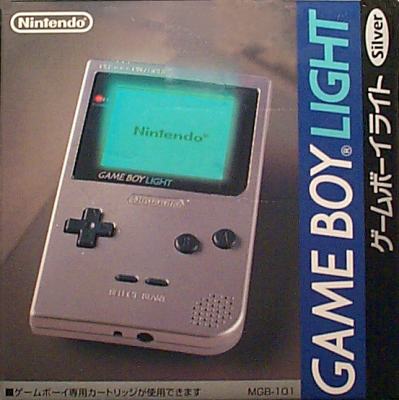 They were just lazy for not releasing it outside JP I suppose...
Top

The question is why didn't the GBA have a backlight to begin with?

I sold my GBA a few weeks after buying it cause it was impossible to play it, It holds the fastest discard record of all my inventory I tend to save stuff but the GBA just pissed me off.

I want someone to mod this for me. Any offers?
Top

i'm going to make myself one of these soon

Return to “Hardware Modification and Repair”